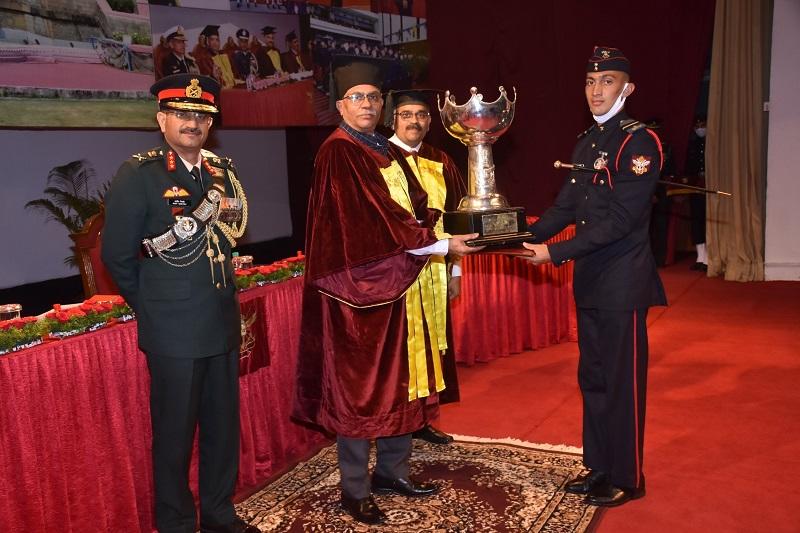 Convocation ceremony at NDA in Pune

Pune: A total of 297 cadets were conferred upon the degree of Jawaharlal Nehru University (JNU) during the Convocation ceremony of 139th National Defence Academy (NDA) course was held at Habibullah Hall, NDA in Pune on Friday.

Read Also: For the second time in history NDA cadets to not experience POP the traditional way

In addition to this, the fourth batch of BTech comprising of 45 Naval cadets and 35 Air Force cadets also received course completion certificates.

They would continue the fourth year of their BTech curriculum at their respective service academy.

The chief guest in his convocation address congratulated the cadets of the passing out course for undergoing the training with dedication and hard work.

He emphasized about the role and importance of armed forces in shaping India and also motivated the future military leaders to carry forward the professionalism and ethos imbibed at the academy towards the service of the nation.

Rear Admiral Atul Anand, Deputy Commandant and Chief Instructor, presented the Vote of Thanks on conclusion of the Convocation ceremony.

The passing out parade of 139th NDA course will be held on Saturday.