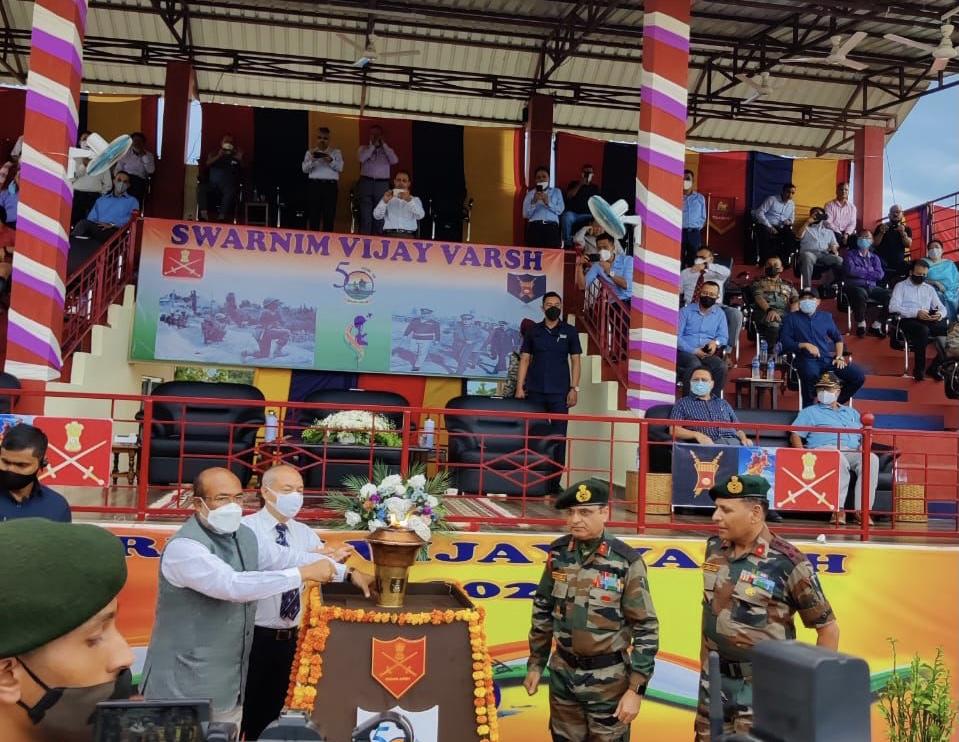 The grand event to welcome the Victory Flame and intrinsic to Swarnim Vijay Varsh was held at SAI premises at Imphal.

Half time of the match withered high tempo and impactful series of events including arrival of Victory Flame duly escorted by military personnel and bikers of Royal Riders Manipur. 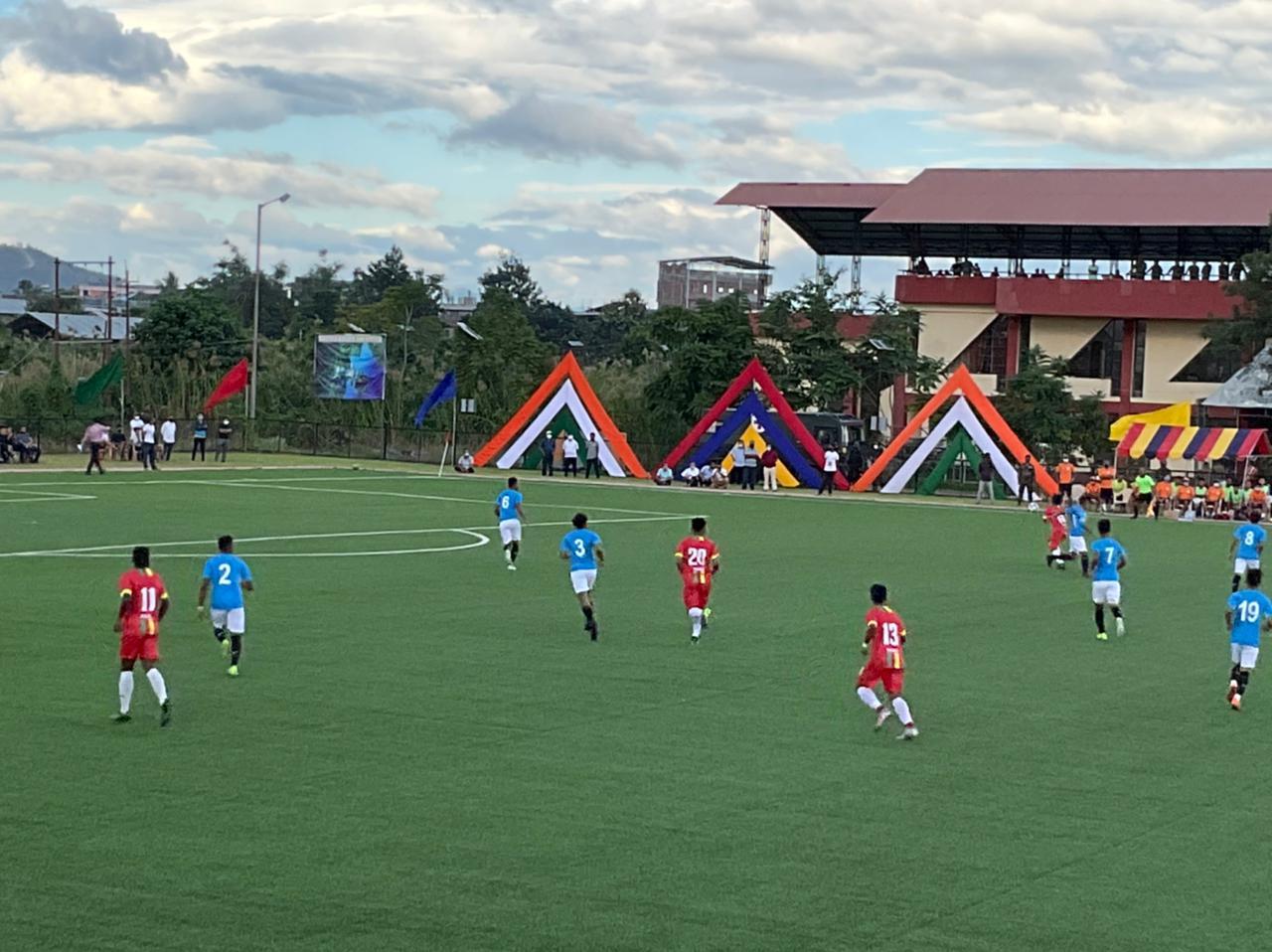 The fusion cultural programme enmeshing the cultural heritage of India to showcase ‘Unity in Diversity’ was engrossing and captivating.

Golden memories of the heroic victory were renewed with presence of Vincent Ekka, son of Param Vir Chakra awardee late Lance Naik Albert Ekka, who made the supreme sacrifice during the 1971 war.

Reminiscing the valour and supreme  sacrifice of the Indian Soldiers in the 1971 war and securing a scintillating victory, the chief guest lauded the painstaking  effort of Indian Army towards Nation building and national integration.