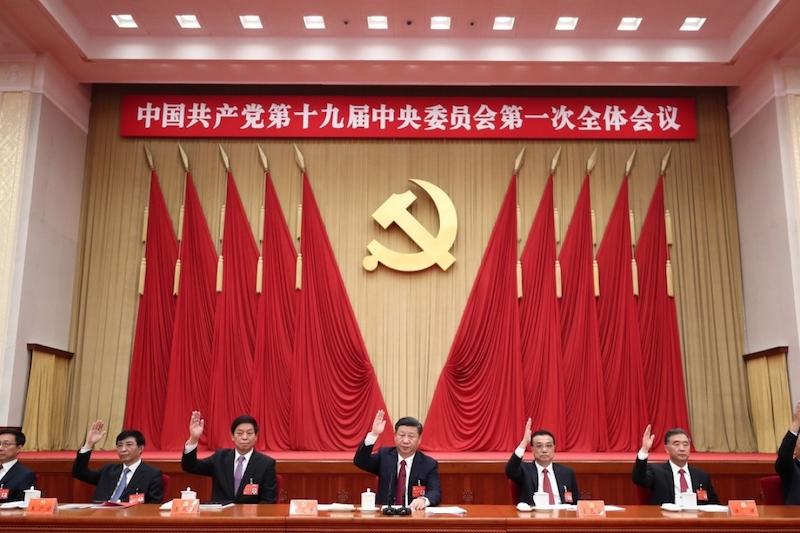 The Communist Party of China (CCP) celebrated the 99th anniversary of its founding on July 1, 2020. With 91.1 million members, the CCP is one of the largest political parties in the world, even though they constitute only 6 per cent of China’s population. With no parties in opposition, CCP’s “one party” rule is absolute and 94 per cent of Chinese are effectively disenfranchised.

CCP had brutally suppressed pro-democracy protests in Hong Kong in 2019. These were triggered by the introduction of the Fugitive Offenders Bill, which would have subjected Hong Kong residents to mainland China’s legal system. After months of protests, the protests subsided by December 2019 due to landslide victory of pro-democracy parties in Council elections and the onset of the novel coronavirus pandemic.

The challenge posed by Hong Kong was an existential crisis to the CCP since this model of democratic governance is a systemic anomaly compared to the CCP’s Maoist philosophy. Hong Kong, if unchecked, therefore constituted an escalating probability of political adversity for the CCP, which could eventually lead to their downfall. Xi Jinping and his vassals in the Hong Kong administration therefore set in motion their plan to assimilate and subsume Hong Kong into their own systems.

On July 1, 2020, CCP’s 99th founding anniversary and the 23rd anniversary of Britain’s Handover of Hong Kong (1997), the CCP imposed a draconian national security law to bring human rights and freedoms of Hong Kong citizens on par with mainland China. As per the conditions of the Handover in 1997, Hong Kong was to be a special administrative region of China with its own independent executive, legislative and judiciary. Yet the new law was proposed, drafted and promulgated by the CCP in Beijing! While the western world including US, EU, UK, etc, decried these unprecedented laws, Hong Kong citizens awoke to their new reality of communist rule.

The “One Party, Two Systems” principle put forward by Deng Xiaoping in the 1980s has now been revealed to be a white lie. On July 1, 2020, the CCP did not betray Deng Xiaoping’s vision for Hong Kong – they are only dutifully carrying that vision forward to what is – some three decades later – its natural conclusion.  This has brought Hong Kong to its moment of truth, wherein the fundamental flaw in the “One Party, Two Systems” principle has been ultimately expressed, and the anomaly of its democratic existence revealed as both beginning, and end.

Xi Jinping has lately exhibited a penchant for unabashed aggressiveness, as witnessed in the South China Sea, East China Sea and on the Himalayan borders with India.  Even as it snatched away the last vestiges of democracy in Hong Kong, the CCP has been issuing ominous warnings to Taiwan.The CCP’s air force[Footnote 1], aka People’s Liberation Army Air Force or PLAAF, has buzzed Taiwan’s territorial airspace almost daily during the past weeks.The only reason holding back the CCP from a military conflict is the extraordinary cost – in terms of casualties and international standing. Both the sides – CCP and Taiwan – are now drifting further apart, with little appetite for compromise.

Of course, the global comity should not be surprised. The CCP has once again proven that words, promises and commitments are temporal, to be manipulated to suit the present. This is the same CCP whose “Cultural Revolution” killed millions of innocent Chinese citizens and “Great Leap Forward” caused the largest famine in human history. Tiananmen Square student protestors were labelled as “traitors” and concentration camps for Uighurs in the Xinjiang province are labelled as “re-education” camps. The depravity of these camps was exposed when US Customs recently seized a shipment of 13 tons of wigs and human hair products made through forced labour in Xinjiang.

CCP’s record of managing viruses is also untruthful. In the early 2000s, hundreds of thousands perished due to AIDS, SARS, which the CCP acknowledged. Now, the CCP’s role in suppressing information/manipulation through misinformation of the 2019 novel coronavirus, Covid-19, is now being probed by a recalcitrant World Health Organization.

CCP’s military, which has not seen combat for nearly half a century, is at the vanguard of CCP’s subterfuge through the much touted “One Belt, One Road” or “One Debt, One Road” scheme. Sri Lanka lost sovereignty of 15,000 acres and the port of Hambantota, Pakistan’s Gwadar port has been taken over by the CCP for 40 years and Djibouti, which was meant only to be a logistic support hub, is now a fully functional CCP military base.

With the world busy tackling Covid-19, which originated in China’s Wuhan and often dubbed as Wuhan virus or Chinese virus, the CCP has been engaged in reversionistic behaviour.

The CCP’s claims on the Japanese Senkaku islands, its fighters and reconnaissance aircraft intruding South Korean air space, repeated violation of Taiwanese air space, attacking Vietnamese fishing boats in South China Sea, pressurizing Indonesia and Malaysia in the South China Sea with exaggerated territorial claims, carrying out targeted cyberattacks against Australia, occupying large tracts of Nepalese territory, asserting illegal claims over Doklam in Bhutan, intimidating Philippines, and getting a bloody nose when they chose to illegally occupy ridgelines on the jagged peaks of Ladakh.  All this while the CCP tom-toms the so-called “Peaceful Rise of China” – which, of course, is another blatant lie.

That the CCP’s militia[Footnote 1], known as the People’s Liberation Army Ground Force, received a rude jolt at the hands of the Indian Army in Ladakh is borne out by recent reports that CCP has cajoled its vassal state Pakistan to move two Pakistan army divisions to the occupied Gilgit-Baltistan region of Ladakh, ostensibly to pressurize the Indian Army. All this while the PLA is engaged in border talks with the Indian Army and the CCP foreign ministry officials are singing paeans of peace.

The Chinese dream is at total divergence to the authoritarian CCP – as is now seen in Tibet, Xinjiang, Hong Kong, Macau, Taiwan and Inner Mongolia. Their infinite lies having run their course, the CCP is a flawed dream that is headed towards a rude shock of failure.

The armed forces of China is collectively known as the People’s Liberation Army, which has five professional service branches: the ground force (PLAGF), navy (PLAN), air force (PLAF), rocket force (PLARF), and the strategic support force (PLASSF). It has its roots in the Chinese Workers’ and Peasants’ Red Army. From the “Nanchang Uprising” of August 1, 1927, the day the communist revolutionaries led by China’s communist icons, like Mao Zedong, Zhou Enlai and Zhu De, rose against the nationalist forces, the PLA played a key role in the successful culmination of the communist revolution in 1949, and of the CCP wresting power. The PLA owes its allegiance to the CCP. It has significant representation of China’s two top governing bodies – the Central Politburo of the Communist Party of China and the Central Committee of the Communist Party of China.