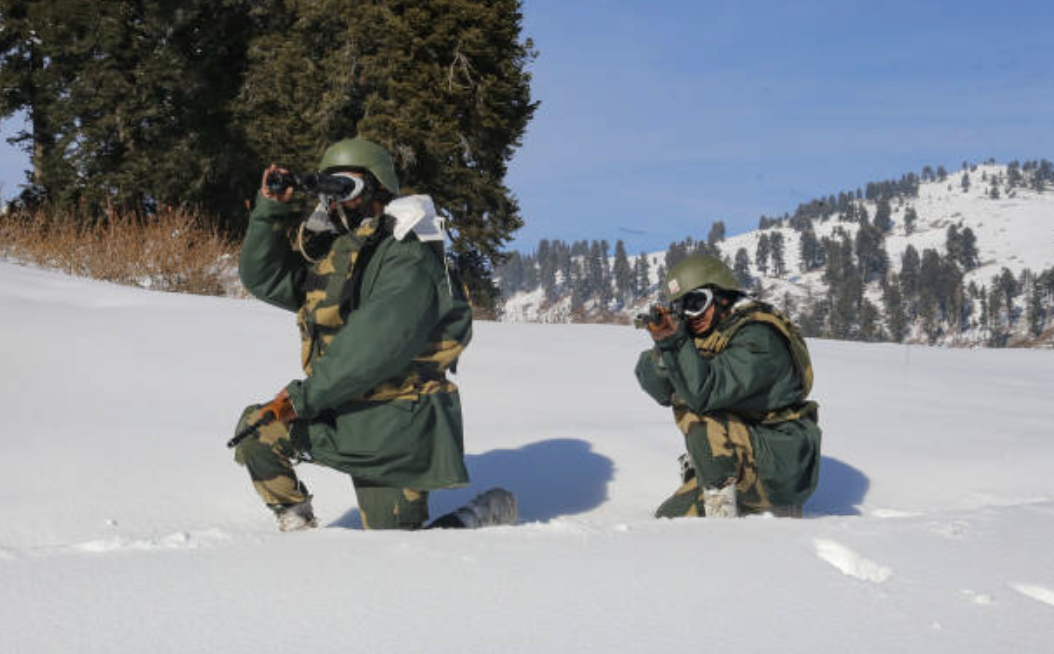 BSF soldiers patrol near line of control in Gulmarg, J&K.

An article by Colonel Ramesh Davesar (retired) titled “A National Border Guard” was published on Indian Express, January 22, 2022. In the article, the colonel recommended the deployment of a single security agency which is “adequately equipped, suitably armed and trained in advanced military drills and sub-unit tactics to guard our borders”. It made for an interesting reading despite the author getting both his facts and premise wrong.

It is indeed surprising to note that a retired colonel of the Indian Army thinks that the entire 3,300 kilometres of border with Pakistan is line of control (LoC). The fact, however, is that the entire border from Punjab southwards is an international border with only about 99 kilometres of Sir Creek in the extreme south being a disputed border. It is only about 732-odd kilometres from Akhnoor northwards, which is the LoC.

Secondly, the Border Security Force deployed on the LoC is already under operational command of the Army because the deployment profile and type of operations required to be carried out are in the nature of military operations. The deployment of the Indo-Tibetan Border Police is on the line of actual control (LAC) with China for policing it. The command and control of the ITBP on the LAC is a matter of consideration, especially in wake of recent aggressive actions by China’s People Liberation Army. However, any such decision cannot be taken without due consideration of provisions of various agreements between India and China regarding the management of the LAC.

Thirdly, the Assam Rifles, although designated as a border-guarding force by the government in 2001 to guard India-Myanmar border, has not adopted forward posture to dominate the border 24/7. It continues to function mainly as an anti-insurgency force by holding on to company operation bases that they hold in depth for that role.

The good colonel is wrong in assuming that the border-guarding forces lack in military training. Keeping in view their secondary role of assisting the defence forces during cross-border hostilities, a substantial part of the training is devoted to battle craft and basic military tactics. These forces also operate in close coordination with Army formations/units during war games and exercises held in respective areas of deployment. The border-guarding forces have proved their war fighting capabilities as would be apparent from the performance of the-then newly raised BSF in the 1971 war, in which its personnel were awarded one Mahavir Chakra and eleven Vir Chakras besides several mention in despatches and many more gallantry awards. The BSF also acquitted itself extremely well during the Kargil war in 1999.

The premise that all borders of India face military-like situations is incorrect. Over three-fourths of the Indian borders (except for the LAC with China and LoC with Pakistan) does not face any such problem on a day-to-day basis. The problems along the international border with Pakistan, Bangladesh, Nepal, Bhutan, and Myanmar fall in the realm of border management. The tasks of border-guarding forces along these borders have over the years evolved from mere border guarding to border management, which involves inculcating a sense of security among the border population, controlling transborder crime, preventing smuggling, etc.

Further, the defence forces must focus on their core function of defending the country in case of hostilities from across the border, like wars, skirmishes, etc. Diverting attention of the military leadership to non-core function of day-to-day border management will adversely affect their preparedness for war – as it is happening currently with their excessive involvement in counterinsurgency duties. In any case in the eventuality of hostilities, the border-guarding forces will come under operational control of the Army as stated above for which adequate coordination and training is happening during peacetime.

Presumption that the entire border of India with its neighbours presents similar border-management issues is erroneous. Borders with different countries and, in fact, even in different areas within the same country present a varying spectrum of problems in operations, terrain, types of crimes, and behaviour patterns of the border population. This holds true for border-guarding forces on the other side of the border. It is for this reason that the group of ministers set up after the Kargil war had recommended the principle of “one border, one force” – based on which different border-guarding forces were allotted to manage different kinds of border. In fact, a new force, Sashastra Seema Bal, was raised to man borders with Nepal and Bhutan.

It is not necessary that the solutions adopted by one country may succeed in another. The examples quoted by the author in his piece are either countries having small borders or having similar landscapes along their borders.

Suffice to say that in the case of India, the idea of one border guarding force for the entire country is not practicable.