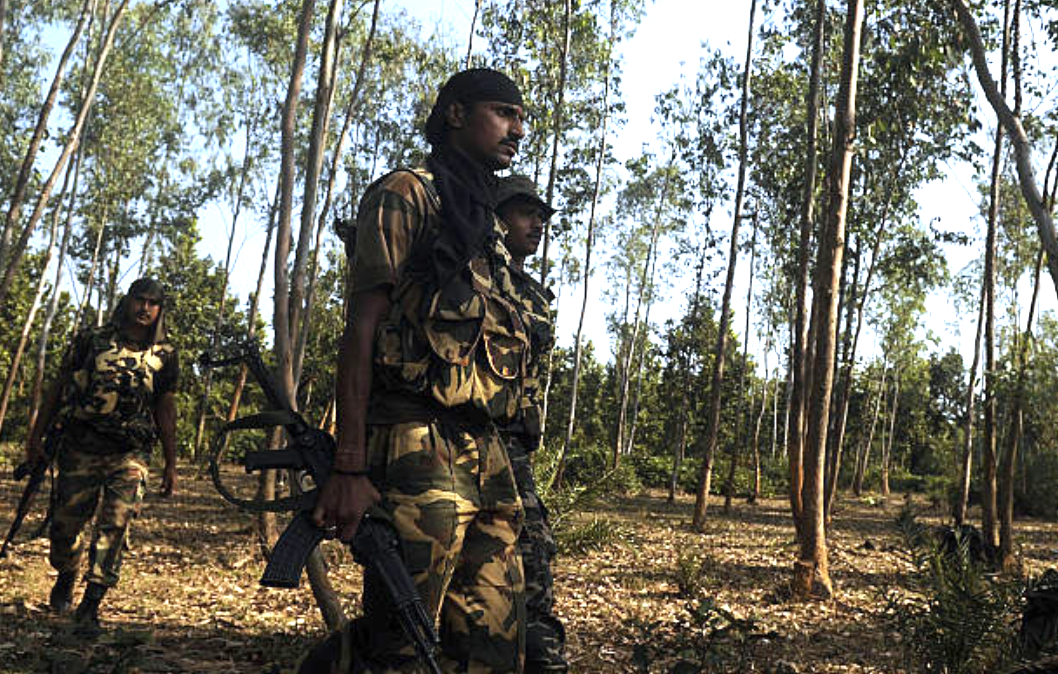 The serial improvised explosive device (IED) blasts by left-wing extremists on February 25 in Bihar’s Gaya district targeting Central Reserve Police Force soldiers, which led to serious injuries to the soldiers, including an officer, got little or no coverage in the media and hardly any condemnation by a national political leader. This once again proves that the media and the establishment continue to neglect the soldiers of the central armed police forces even though these forces have been at the forefront in the fight against insurgents and militants in several parts of the country since Independence. The top political leaders, especially from the ruling dispensation, were busy electioneering for the recently held assembly elections in the five states and the media being engrossed covering the elections as well as the Russian invasion of Ukraine.

The officer injured in the blast – brave Assistant Commandant Bibhor Singh – who belongs to the elite 205 CoBRA unit of the CRPF, was leading his troops from front when the incident occurred. Conscious of the fact that both his legs will have to be amputated below the ankle, his calm disposition while informing his batchmates about the incident in a viral video is seen to be believed.

It is inevitable that troops will frequently be exposed to such life-endangering situations while operating in disturbed areas. However, it is the subsequent management of events in general, and in this case particularly, leaves much to be desired. It is a sad reflection on the ability of senior leadership of the CRPF that the critically injured could not be evacuated for proper medical management until almost 20 hours after the attack.

The senior commanders would have known that this is the campaign season for the Naxalites to carry out “tactical counteroffensive campaign (TCOC)” against security forces. They should have been prepared for all contingencies and all resources, including helicopters, should have been placed close to the area of operation for immediate deployment. Therefore, the helicopters dedicated to assist anti-Naxalite operations should have been available nearby at Gaya airport instead of being located at Ranchi, which is about 200km away.

Had helicopters been available at Gaya, these could have been rapidly brought to several sites located close to the place of incident, like Pachrukhiya, which is only about 1.5km away, or Langurahi, which is approximately 3km away ­– where only a few days ago a helicopter with CRPF additional DG and IG of CRPF had landed. Resultantly, the injured had to be shifted by road to Gaya city, which is just 70km away, by road for initial management. Only after that, they could be shifted to Delhi on air ambulance only at about 12pm the next day.

If the dedicated air resources cannot be put to immediate use during such emergencies, what is the point in having them?

It may not be surprising if the senior IPS leadership of CRPF was not even aware of this precious resource because their energies are more focussed on managing a posting to Delhi or place of their choice instead of acquiring in-depth knowledge of area and resources. The resultant ad hocism on display in the instant incident is a routine affair. The same was also apparent in the ambush on CRPF and police columns in Sukma district, Chhattisgarh on April 3, 2021. Such ad hocism not only takes a toll on lives and limbs of troops and cutting-edge operational level leadership, it also is highly demoralizing.

The incident once again reaffirms that the junior leadership of the CRPF leads the troops from front contrary to the impression that was sought to be created after the fiasco following last year’s April 3 incident. It is to the credit of the young officers of CAPFs that they continue to maintain high morale and enthusiastically lead the troops from front despite adverse working conditions, prolonged duty hours, lack of avenues for career advancement, non-implementation of court orders regarding implementation and payment of rightful dues of “non-functional upgradation (NFUG)” and long separation from families.

The government must realize that the young officers stagnating at the very first stage of entry for a decade and constabulary stagnating at the entry level for almost two decades is demoralizing to say the least. This is reflected in the fact that over 46,000 personnel of these forces took voluntary retirement or resigned from service in a period of 4 years from 2016 to 2020, according to a reply by the Union home ministry in response to a Parliament question in 2021. This is almost five per cent of the strength of these forces over and above the normal three per cent wastage every year.

Authorities must realize the seriousness of the situation and take remedial measures by ensuring leadership reforms in these organizations so that such command failures do not take place in future.