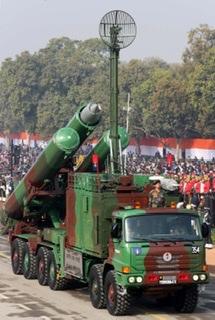 The chief minister also sent his party’s Member of Legislative Council Tanvir Akhtar to meet the parents and other villagers.

Talking to India Sentinels, JDU MLC Tanvir Akhtar said, “It was an important day for him as he met a family of an Indian Army officer, who has led the Brahmos contingent. Its a proud moment for Bihar as he is the only one from the state who participated in the parade on January 26.”

The JDU leader presented shawl to the family members of Capt Zaman. 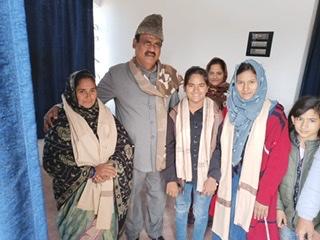 It was a proud moment for 51-year old Gulame Mustafa Khan, who runs a chicken shop, watching his only one son leading India’s Brahmos missile system unit in the Republic Day parade in New Delhi on Tuesday.

“I’m an ‘anguthachhap’(an unschooled person who gives thumb impression for signature) but a proud father of a young captain in the Indian Army, who has led the squad with the Brahmos missile system in the Republic Day parade showing our nation’s military might,” an elated  Khan said.

Speaking from his Talkhapur village in Dumra block of Bihar’s Sitamarhi district, the proud father said, "Dil dia jaan bhi denge ye watan tere liye" (I have given heart now will sacrifice life for you, O my country!) 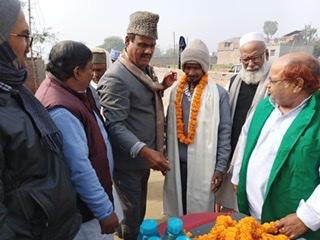 Mustafa runs a chicken shop at Dumra chowk in Bihar’s Sitamarhi but never compromised with education to his only son. “My son wanted to join the army since his childhood and now is serving the country," said Mustafa.

Born at Talkhapur in Dumra block, Captain Quamrul joined the Indian Army in 2012 after graduating in science stream from Sitamarhi’s Goenka College.

Mustafa said it was a proud moment for not only him but for entire Bihar as a son of the state had paraded with the Brahmos at Rajpath.

"If I had more sons, I would have sent every one of them to the Indian Army to serve the country," Mustafa proudly said.

He added that other youths should take inspiration from Quamrul’s passion and patriotism. He remained glued to the TV till the parade got over along with his daughters, wife and other neighbours and distributed jalebis among the people of his village.