Bhopal-Nagpur Highway being constructed by Army

The 145 year old, bridge had collapsed in April 2022 due to heavy vehicle traffic, thereafter the state administration requisitioned the Army to construct bridge & restore traffic.

Over the last three months, Engineer Regiment from Sabse Behtar Brigade along with MP State authorities and NHAI worked on war footing for early construction of the bridge.

Within a short period of three months, displaying urgency and apt civil military coordination a heavy load class 90 feet long Bailey Bridge was provided by NHAI, which is now being constructed by Indian Army Engineers. 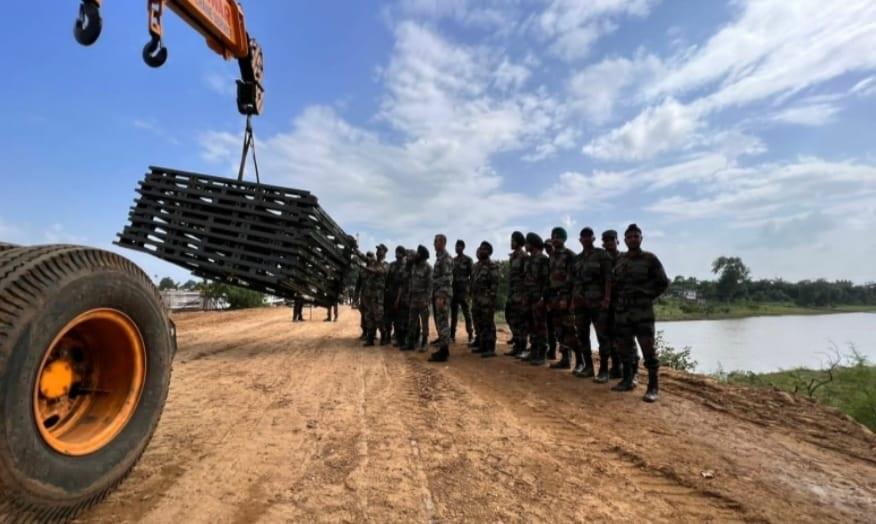 Superior engineering skill and equipment handling capability is required to construct the bridge over the existing piers.

The construction of this bridge will restore the connectivity on the critical NH 46 connecting Bhopal with Nagpur through Betul.

The construction of this bridge will be a boon for movement of critical goods and will also facilitate faster movement of locals and civilian from adjoining towns and villages, reducing congestion and delays caused over these few months.