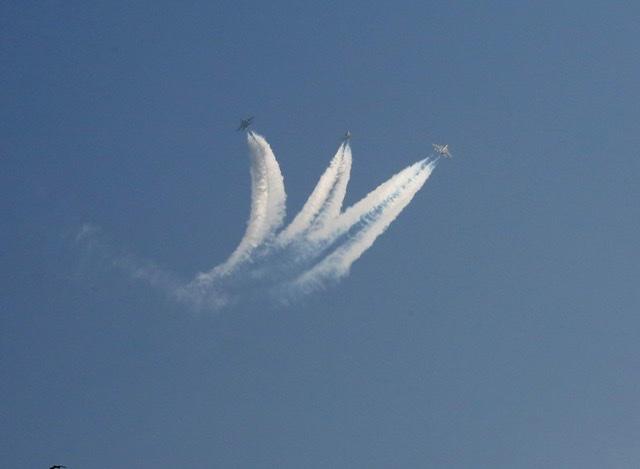 New Delhi: Uttar Pradesh Defence Corridor is going to be a part of the upcoming International Aero India-2021 show for the first time in Bengaluru which is to take place from February 3 to 5.

Aero India exhibition is organised every alternate year in India which is also regarded as one of the major exhibitions for aerospace and defence industries with a public air show. Attended by defence aviation, civil aviation and well-known companies, it enables industry professionals to gain market insights and announce new developments. Aero India offers a unique platform to the international aviation sector to bolster business.

The Uttar Pradesh Government last year successfully attracted the country's defence companies by organizing the finest defence expo in Lucknow so far. The foreign defence manufacturing companies which were a part of the Defence Expo in Lucknow will now make their presence at the Aero India show. Organised by the Ministry of Defence, Government of India and Hindustan Aeronautics Limited, the show will provide different countries an opportunity to demonstrate their defence products to the potential customers and investors. Exhibitors are likely to showcase their products using the latest technologies to the potential customers.

According to the Ministry of Defence, a total of 541 defence companies will be participating. Out of which, 463 are native and 78 are foreign. The companies already have their pavilions booked. In addition to this, 105 companies will join virtually. Aero India 2021 is the 13th edition of Aero India and participation of Indian domestic companies and public sector companies (PSUs) has increased every year. The air shows where earlier aerial exhibitions of foreign ships were given prominence, are now prominently featured in the sky acrobatics and aerial displays of indigenous fighter ‘Tejas’ and helicopters.

Aero India-2017 was also attended by the People's Liberation Army of China for the first time. Although it did not hold an exhibition, the delegation of five people underlined the participation. Civil Aviation was first included in this exhibition in 2017 and since then has continued.  This time, Aero India will showcase aerospace, defence, airport infrastructure and defence engineering.

It may be recalled that UP is attracting huge investment in Defence Manufacturing sector as the ambitious Defence Corridor is being set up at six places of the state namely Chitrakoot, Jhansi, Kanpur, Aligarh, Agra and Lucknow.

Backed by its robust industrial policy, the UP will showcase the facilities provided in the corridor.