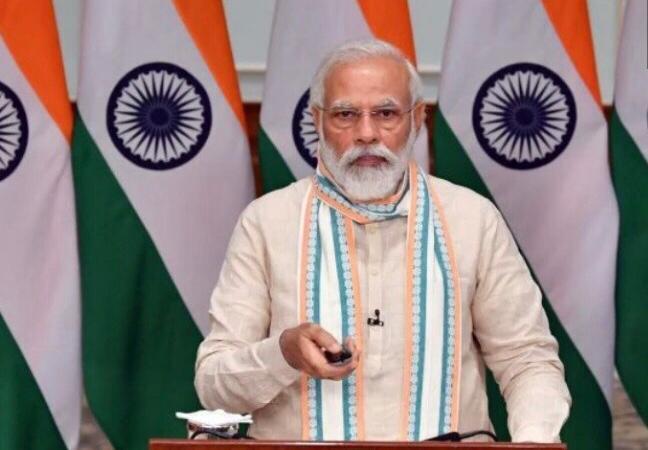 New Delhi: Stating that India will not forget the gallant nature and valour of its armed forces, Prime Minister Narendra Modi said India knows how to be friends, but also knows how to look at its enemies in the eye.

"In Ladakh, those who challenged us were given an adequate response. Our braves made supreme sacrifice but did not let adversary prevail. We feel the pain of their loss. Their valour is India's strength," PM Modi said.

"The inner sense of pride that families feel on the supreme sacrifice of their brave sons their sentiment for the country, constitutes the true power, the might of the country. India bows to our brave martyrs. They have always kept India safe. Their valour will always be remembered," he added.

He also saluted the army men for their sacrifices in Galwan Valley and said that the armed personnel did not allow anybody to tarnish the glory of Mother India.

The prime minister also called for people’s participation, saying it is necessary for any movement.

He also congratulated a citizen from Assam and from Tamil Nadu as they vowed to be vocal about local products.