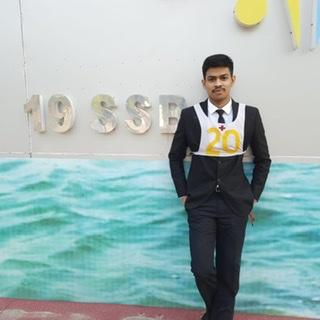 New Delhi: The Union Public Service Commission (UPSC) has announced the final results of the National Defence Academy (NDA) and Naval Academy Examination (I) 2020 on its official website.

The results of the Medical Examination have not been taken into account while preparing these lists. The candidature of all the candidates is provisional, subject to their submitting the certificates in support of their claims, the UPSC said.

The results of Medical Examination have not been taken into account in preparing these lists, it said. The marks of the candidates will be available on the website after 15 days from the date of declaration of final results.

Hailing from Kamalpur under Bidupur block in Bihar, Singh has done his matriculation and intermediate from Kendriye Vidyalaya in Delhi. Currently, he is a student of Science College in Patna.

His grandfather Kashinath Singh  was also in Army while his father Satish Kumar Singh is a Subedar Major posted in a northeastern state.

“I am very happy with my result. Since my initial days, I wanted to join the armed forces and today I have cleared it,” Shakti Singh said.

“I would like to thank my parents and teachers for this endeavours. My friends have helped a lot in cracking one of the toughest examinations,” he said.

Final results can be accessed here.