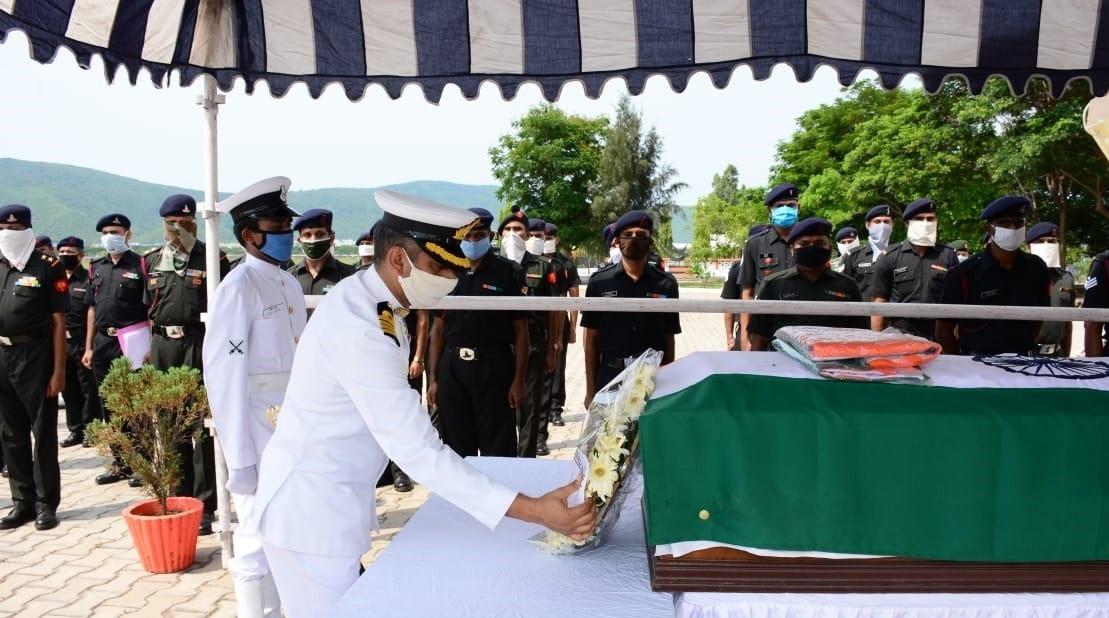 Visakhapatnam: Floral tributes were paid to the mortal remains of Sapper/ OPEM Sapala Shanmukha Rao on arrival Visakhapatnam at INS Dega by AN32 Aircraft of Indian Air Force on Saturday.

Sapper/ OPEM Shanmukha Rao of 3 Engineer Regiment while on a patrolling-cum-snow clearance party came under an avalanche in North Sikkim, was trapped under ice and lost his life despite the best efforts of the rescue team and local formation, an official statement said.

Wreath Laying Ceremony with Military Honours was conducted at INS Dega with a Ceremonial Guard of the Navy in attendance.

Wreaths were also placed by the officials from Station HQs (Army), District Administration and the City Police as a mark of respect to the deceased at Visakhapatnam.

The funeral of Shanmukha Rao was held at his native place at Rottavalasa, Sarubujjili in Srikakulam District with Military Honours and a Guard of Honour from the Police Department.