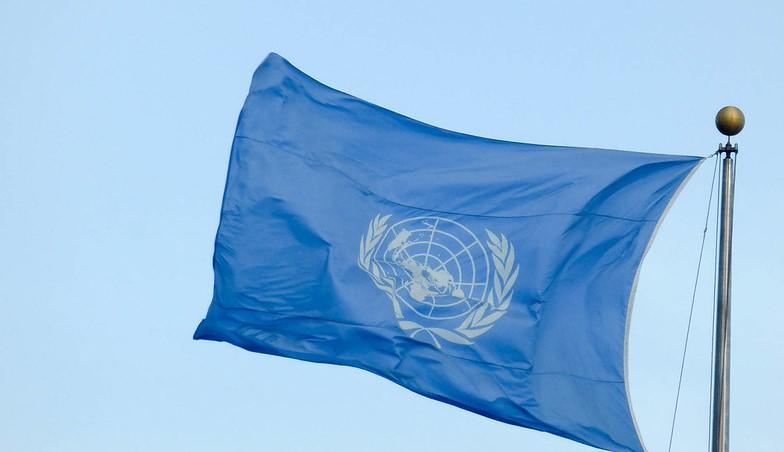 New Delhi: A group of pro-democracy activists and human rights defenders have called for the United Nations and its institutions that are currently kept in shackles by Beijing to free themselves and support democracy in China.

As Communist China celebrated its National Day on Oct. 1, the activists, with varied background from North America, Europe and Asia, came on a single platform under the aegis of New Delhi-based think-tank ‘Law and Society Alliance’ and ‘Defence Capital’ to ask all democratic nations and international human rights organisations to unite against the repressive Chinese Communist party (CCP) regime in Beijing.

London-based Inter-Parliamentary Alliance coordinator Luke De Pulford said human rights and law-based world order is the responsibility of all nations globally and argued that the rules-based order has come under a severe threat from the Communist Party of China.

Expressing his disgust at the ongoing persecution in China of Tibetans, Uighurs and Mongolians, Pulford said it has led to a severe human rights crisis and genocide, which are extremely serious.

“In Hong Kong, we see that the CCP has completely destroyed an international treaty and displayed a flagrant disregard for it and the people of Hong Kong,” he said.

Luke de Pulford said he was concerned over China holding the United Nations in shackles. “The CCP has strategically rolled out an effort to undertake initiatives of the UN leading to the dependency of the UN agencies on the CCP and coming under it. Currently, at least 15 UN organisations and bodies are being headed by the Chinese nationals. These are huge and important institutions. This is obstructing these agencies to speak up against China.”

He said, “UN institutions do not question China the way they should. Hence, neither the genocide and extermination of Uighurs cannot reach the UN agencies, nor a tribunal could be formed on this. Neither is it possible at the UN Security Council, as it would be vetoed by China. Every attempt at the UNHRC to raise the human rights record of China, it falls down due Chinese clout there.”

Former Union Minister and Arunachal Pradesh MLA Ninong Ering said the world has now realised that coming together of all democracies is indeed necessary to tackle Communist China, the biggest threat to world peace. “The Communist Party of China is the antithesis to the ideal pluralistic democracy,” he said.

“There is a need for people’s movement against China. I urge all the trade unions and farmers’ organisations of the world to come together to constitute an alliance for fighting China - similar to the IPAC. from all over the world.”

Ajmer-Sharif Dargah’s guardian-trustee and Chishty Foundation chairman Syed Salman Chishty argued China’s subversive and oppressive policies towards its own citizens and the people of the occupied lands is of serious concern to the global community. Its series of acts and defiance of international bodies and community too is worrisome. He expressed his support to the activists for their global pro-democracy campaign for China.

Chishty called for the world leaders and global bodies like the UN to re-emphasise their stated goals of world peace and intervene by launching a pro-democracy movement for China. “The UN bodies really need to stand up against this repressive regime. However, UN member-states do not exhibit a realistic approach towards China.”

Toronto-based Canadian Coalition against Communism vice president Sheng Xue lay the responsibility for the global spread of the Coronavirus on Communist China. “But the real virus was the birth of the CCP years ago and the CCP virus has now become more dangerous.”

She said Xi Jinping had offended more people globally and this could be a reason for change that will take place in Communist China soon. “Lives of the oppressed and suppressed Uighurs, Mongolians, Tibetans, and Chinese are the worst in the world. They are not even able to fight back against CCP.”

Sheng said globally, nations were not looking at the persecution of the people inside China, as they only saw CCP’s money. “The Coronavirus has led to global focus on China and what is going on inside Communist China. It has provided a chance for people to investigate what is happening inside China. Let us leverage on this opportunity.”

New York-based Southern Mongolian Human Rights Information Center director Togochog said at least 100,000 Mongolians were killed due to persecution and torture in occupied Mongolian region and have suffered economic degradation, as farming and use of grasslands were prohibited and people displaced.

“They have forcibly transported the entire Mongolian population out of their own lands by making living on grasslands a crime and herders have been imprisoned for earning their living by using their own grasslands. The nomadic lives of the people have been wiped out.”

He said the Mongolians, for their language rights, launched a civil disobedience movement, the largest in Communist China till date after the 1989 Tiananmen Square protests. “Mass arrests and enforced disappearances have become common practices. At least 5,000 southern Mongolians have either been detained or disappeared in the past month alone. Southern Mongolians shall keep fighting, ultimately to free their land, practice their language, and determine their political future,” Togochog said.

Geneva-based The Tibet Bureau special appointee for human rights Thinlay Chukki said Communist China celebrating their 71st foundation day after persecution of 1.2 million Tibetans and the destruction of 6,000 monasteries. “They are working towards the total sinicisation of Tibetans. Tibet was never a part of China. PRC is only one-fifth of the territory it currently occupies.”

Chukki said there were no human rights left under the universal declaration of the UN that has not been breached by Communist China against the Tibetans. She said history was repeating itself, and cited the example of the CCP breaching its Hong Kong agreement with the British government, just as the 17-point agreement was signed at the gunpoint and later on breached by CCP, leading to Dalai Lama fleeing and seeking refuge in India.

New York-based World Uyghur Congress director for Chinese affairs Ilshat Kokbore said around 3,000,000 Uighurs have been kept under concentration camps. “Since 2000, the CCP government began detaining and disappearing the elites and opinion-makers of the Uighur society including university professors, students, poets, writers, singers, and artists.”

“It is a holocaust in itself. After the holocaust by the Nazis, the UN promised that it shall never happen again. However, this is happening again under the CCP, which is celebrating its success. But this comes at the cost of the blood of tens of thousands of Uighurs, Mongolians, and Tibetans.”

He said, “the CCP is infiltrating the US, Europe, and India. They are trying to control all the resources. This ambition of dominating the world is explosive. In 1940, politicians hardly believed that the Chinese Communists were different from the Russian Communists. In fact, they all failed to see that CCP turned out to be even worse than the Nazis.”

New-Delhi-based Swadeshi Jagran Manch national co-convenor Ashwani Mahajan said the CCP conspired against the rules-based economic order under WTO and took advantage of the transparency of other signatory nations under WTO. With this knowledge, CCP began subsidising its exports and dumping good globally, leading to de-industrialistaion of all their trading partners - including US, Europe, and India.

“The economic clout China has got is preventing democratic countries from speaking against it. It was for the first time under President Trump that the US challenged the Chinese hegemony and the tariff wars began with China,” Mahajan said.

“But the opportunity has come. The whole world is against China. This is the time that we push against the Chinese economic aggression on one hand and Chinese hegemony on the other.”